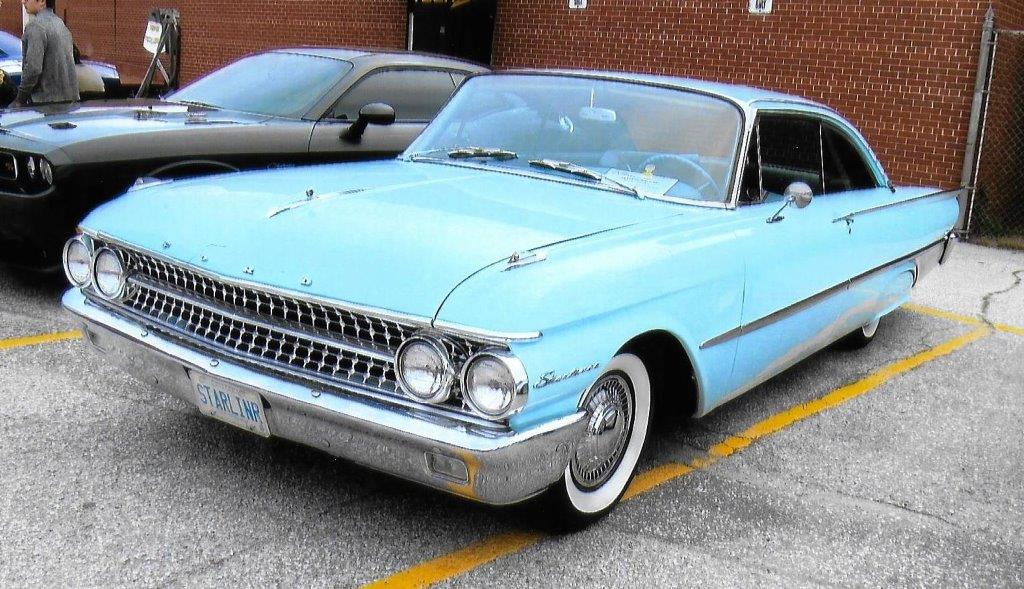 On Friday, May 17, two hundred classic cars and street rods filled the parking lot at Migration Hall in Kingsville, Ontario, for the annual car show hosted by the students and staff at Kingsville District High School.

From a Packard to a Volkswagen and everything else in between, this year’s show had something for everyone – including Dragula 2.0, a slingshot style dragster built by the students themselves with the expert guidance of their auto shop teacher, Gord Osborne.

Among the cars that caught my eye was a beautiful light blue 1961 Ford Starliner 2-door hardtop with wide whitewalls, fender skirts, and tailfins. Russ Hazael of LaSalle, Ontario, found the car last year in Indianapolis and bought it. His uncle had owned a red 1960 Ford Starliner that raced at the Checker Flag oval track near Windsor as #94 and Russ now has the 1961 version with Starliner license plates and a 292 cubic inch Ford Y-block V8.. And to top it off, Russ was born in 1961!

The Ford Starliner was built for only two years (’60 and ’61) and derives its name from the sweeping curve of the roof on the 2-door hardtop.

The Starliner name is closely related to similar names used by the Ford Motor Company beginning in 1952, when the Ford convertible was given the new Sunliner name. Two years later, in 1954, Ford brought out a 2-door hardtop with a glass roof. And because you could see the sky above you from the front seat, it was called the Skyliner.

The Skyliner name was temporarily discontinued in ’55 and ’56 when the glass top 2-door hardtop was called the Crown Victoria. In 1957, the Skyliner name was revived when Ford brought out its first retractable hardtop, which remained in production for three years.

When 1960 arrived, the sweeping look of the roofline on the 2-door hardtop inspired the new Starliner name.

I told Russ Hazael I remember filling the tank on these cars when I pumped gas after school at an Esso station in Toronto in 1962. Ten years earlier, Ford had placed the gas cap behind the rear license plate. By 1960, the license plate was on the rear bumper and no longer in line with the gas cap.

I still remember the small metal hook just below the trunk lid for opening a section of trim to put in the gas on a Starliner. When I asked Russ to demonstrate, he cheerfully knelt down and pulled on the hook to open the fuel door just as I had done 57 years earlier. In this hobby, the fun never ends! 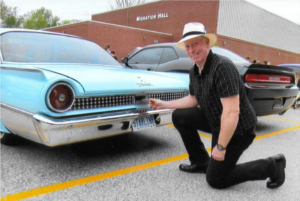 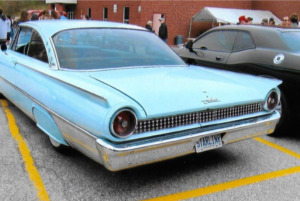 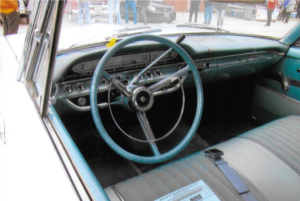